Any economy should serve the essential well-being of entire communities. 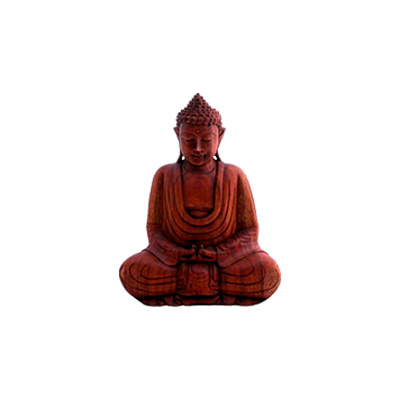 True well-being doesn’t come merely from the material world. One of the factors necessary to well-being may well be in meeting life’s basic needs, but cognitive abilities, creativity, and a healthy emotional life are also indispensable. So is an ability to live in a community.

It’s true that we’re parts of societies where the impulse to consume often imposes itself over less obvious needs. Money, as is often noted, can’t buy happiness. It’s hardly the single factor upon which a person’s essential happiness depends. This might be extrapolated to the world’s economic systems.

How much do present-day economies really favor people’s broader development? How much are emotional well-being, creativity, and the emotional needs of people or communities considered? To what extent do such systems favor production over other activities necessary to the enjoyment of life?

One of the most admirable texts to explore these issues is today a classic on the subject. A 1973 collection of essays by E. F. Schumacher is titled Small Is Beautiful: A Study of Economics as if People Mattered. An economist and stateman, Schumacher explores the intersection of economics, ethics, and the need for an ecological and sustainable awareness. That intersection presents issues which, nearly five decades later, remain as potent as ever.

In one essay, “Buddhist Economy,” Schumacher describes the relationship between the economic and the spiritual. It’s a place visited years ago by Mahatma Gandhi, among many other thinkers. Schumacher suggests that an economy that is desirable should be guided by moral and spiritual principles. He then seeks the true well-being of human communities as a whole and not merely the survival or enrichment of a few. For Schumacher, traditional Western economic systems overlook these issues, something he describes unapologetically as a “metaphysical blindness.”

Schumacher finds a vital part of people’s spiritual health in work. It’s also a source of joy. Work should be an activity dedicated not just to the satisfaction of material needs (an obligation), but also a path to personal fulfillment, and one capable of giving meaning to life on a spiritual level. He speaks then of the idea of work in Buddhism, which grants three virtues: developing personal skills and abilities; it allows people to overcome the tendencies of ego in joining with others to achieve a common goal; and work provides the goods and services people needs to continue living.

Our own economic systems often put enormous importance on material goods, pursuing and consuming material goods out of any proportion. It’s the opposite of a Buddhist view of the economy which considers material goods a means to human well-being, but not ends in themselves. Thus, an economy should focus on gaining greater well-being from as little consumption as possible. Such an idea reflects two vital principles of Buddhist economics and of Buddhist thought in general: simplicity and non-violence. The first principle, in economic terms, stems from the idea that the less one person consumes, the more goods there are for others, thus avoiding conflict (the second principle). Buddhism also favors local consumption as a form of a healthy economy.

The Buddhist concept of work (an essential part of the process of liberation) and consumption (such as a community exercise) as timeless lessons we should learn from a young age. They should be repeated often because they could transform our relationships with the material world and with the people with whom we share the world. In Schumacher’s words:

Buddhist economics must be very different from the economics of modern materialism since the Buddhist sees the essence of civilization not in a multiplication of wants but in the purification of human character. Character, at the same time, is formed primarily by a man’s work. And work, properly conducted in conditions of human dignity and freedom, blesses those who do it and equally their products.