Immeasurable networks of subterranean waterways… these are some notes on the cenotes of southeastern Mexico (a natural treasure) and the Mayan underworld. 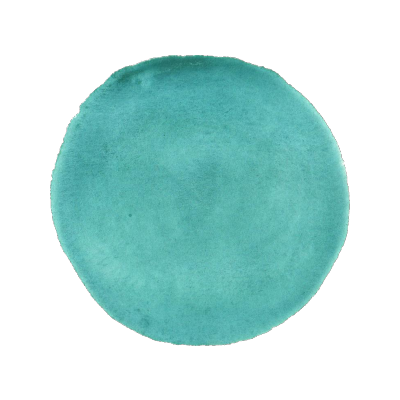 The history of the water system that resulted in the cenotes of southeastern Mexico is long and fascinating. 65 million years ago, a meteorite fell to Earth. Some experts say it triggered the extinction of the dinosaurs. The impact was such that it raised the very surface of the earth and formed the great plain that is today’s Yucatan peninsula. It’s a particular geographic space whose subsoil includes an extensive network of caverns and subterranean rivers. Like veins of water, they irrigate the entire territory and are the source of life for the creatures living in the majestic Maya Jungle.

This immense network of caverns, interconnected over more than a thousand kilometers, is one of the planet’s biggest aquatic systems. It’s a treasure trove of natural and cultural riches that has been nurturing the present since ancient times. Due to its vastness, the system has never been fully explored, but today, it’s as much a part of the imagination of the place as it was during the ancient period.

An estimated 10,000 cenotes are interconnected across the peninsula. Each one has given explorers and scientists a glimpse into the place’s history. Among the stalactites, caverns, and unimaginably colored waters, traces have been found of the region’s ancient inhabitants, of the flora and fauna which existed even thousands of years ago, of the importance of the corals and, of course, of all that was once the great Maya civilization.

As revealed by many studies, the Yucatan peninsula was once sunken beneath the sea. When the ocean retreated, the limestone soil filtered rainwater into the subsoil. This then generated the subterranean rivers.

Like others geographic formations, cenotes are categorized according to their age. Open cenotes are the oldest and are surrounded by privileged plant life. On the other hand, the cavern cenotes are the newest, and, to reach them, it’s often necessary to pass through caves or even more pronounced sinkholes.

The Maya and Their “Caverns of Water”

In the culture of the Maya, the aquatic world is but one possible archaeology. It’s a time machine that allows us to understand a part of their ritual life, their symbolic universe, and their cosmogonic system. This includes some of the most deeply rooted beliefs for the ancient Maya. The word “cenote” comes from the Maya word ts’ono’ot, which can be translated as “cavern with water.”

In their sacred quality, in their depths, cenotes reveal to us the original cosmovision, a tantalizing narrative in which stones and lakes live and give life. The ancient peoples of the Mexican southeast considered these caves sacred. This was to the point that, whenever the caves were encountered, passersby would settle in their surroundings and respectfully ask permission to enter. These basins, almost magical, gave people water (and thus life), allowed them to cultivate, and provided a way to communicate with their deities.

To the ancient Maya, the cenotes were sanctuaries. They would be filled with mortuary offerings, and with legends too. In recent years, discoveries of ornaments, bones, and carved figures at these sites indicate their importance and the role they played within the culture. In a more anthropological sense, the pools of water were synonymous with life to the point that, in some regions, stalactites and their infinite dropping water were considered the breasts that suckled the Earth. From this perspective, the cenotes were an ode to the very origins of life.

For the ancient Maya, cenotes were also portals for submerging into the underworld (known in Mayan as Xibalba.) Here all the gods lived as did aluxes, small beings equivalent to gnomes or goblins, and charged with guarding the transparent water and the exuberance of the Maya jungle.

The Cenotes as Social Engine

Despite the importance of the cenotes to the past, irresponsible tourism and the exploitation of the surrounding lands have generated a great crisis for all the inhabitants of the jungle. Unfortunately, in the last few decades, things have changed, and many inhabitants of the peninsula have been forced to open their cenotes to the public in order to survive. Although some have been catalogued as protected natural areas, some businesses still abound in the region. These will exploit the surrounding resources, contaminate the waters, and rob the region’s people of their livelihoods.

This situation has been a driving force behind the emergence a diverse group of civil society groups.Through their organization and the efforts of hundreds of people, they’ve achieved some resounding victories. They’ve closed down the large-scale pig farms doing extensive damage to the environment. Thanks to work organized and carried out by entire villages, they’ve implemented sustainable spaces that simultaneously protect the natural environment and the culture of the Maya peoples of today.

Three cenotes to see at least once in a lifetime:

Ik Kil is an open pit near the archaeological site of Chichen Itza. At more than 40 meters deep, it’s dazzlingly beautiful. It’s also home to a great variety of birds —cardinals, parrots, toucans, and others— plus plants and trees that make it seem like paradise. The space is also visited by monkeys, deer, and other animals, and has been the site of rites and offerings since time immemorial.

One of the most spectacular cenotes on the Yucatan peninsula, it’s the perfect place for diving, and the network of caverns here extends some 60 kilometers. This allows for the observation of many of the region’s aquatic species. The rock formations are spectacular and rare, and the place seems to belong to another reality.

Framed by exuberant jungle, this open-air cenote is, according to the experts, one of the oldest known to humankind. Located in the heart of the jungle and connected to the Bacalar Lagoon, the turquoise waters of the Cenote Azul are home to a tremendous number of fish and other aquatic creatures.

The aquifer of the Yucatan Peninsula is one of many treasures presented to the world by the region. Baktún Pueblo Maya, an initiative of La Vaca Independiente, works toward the protection, dissemination, and celebration of these natural environments and the vibrant culture which, in its enormous wisdom, continues to be shared.