Some inspiring projects invite us to look into the scientific universe, even from a distance, and contribute to the invaluable work. 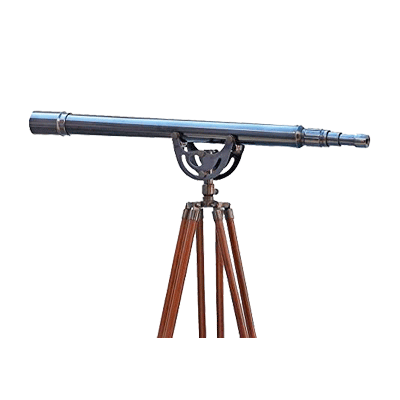 Circumstances have forced us into an isolation many of us wouldn’t normally experience. Staying at home implies a new way of perceiving time, space, and even of seeing ourselves. It’s resulted in new ways of interacting with the world, and with others. And with this new and disconcerting reality taking shape before our eyes, the long-term consequences can barely be discerned.

The free time forced upon millions of people by lockdown has resulted in an unexpected and charming phenomenon: civil society’s involvement in collaborative science projects. As of February 2020, thousands of volunteers around the world have enrolled in science programs, and they’re spending more of their time at home participating in them.

Science is one of the great treasures of humanity. It’s a tool humankind has developed to better know the universe we inhabit and the creatures with which we share it and, finally, to explain our own existence. The generation of scientific knowledge is, in essence, collaborative. Science has the potential to reintegrate and to generate awareness, to fascinate, and to collectively evolve. These very principles went into initiatives like Sal a pajarear, (Go Birding)a project of the Claudia and Roberto Hernández Foundation. The project invites Mexican communities, especially young people, to study and observe birds in their environments and to promote an ethic of natural conservation.

In recent weeks, people around the world have witnessed things never before seen, some heartbreaking and, others, born of solidarity, generosity and a sense of community. Below are five inspiring projects that have united science and society in unusual ways:

In the UK, scientist Ed Hawkins summoned confined people to help him transcribe more than a century of the country’s weather records. The professor, a climate expert at the National Center for Atmospheric Science at the University of Reading, thought of all the hours of free time that people currently have and devised a way to put them to use. The mission of Rainfall Rescue is to digitize data on rain which, prior to the 1960s, was all recorded by hand. Thousands of citizens became scientists from home in answer Hawkins’ call.

The project Penguin Watch sought help examining photographs taken near colonies of penguins. The idea is to review, from home, the images captured, to indicate whether the birds appear in them and to act as online ornithological detectives. The project helps the scientists who created it to measure penguin populations and to better follow their movements so as to understand the penguins’ lifecycles and environments.

The complexity and vastness of the universe, for all its magnanimous character, help to put any other problem into perspective. For lovers of the cosmos, there’s still a chance to become a scientist from home. Galaxy Zoo 2 is forming a team of amateur astronomers (with home telescopes) to help classify millions of galaxies. The project will result in the development of studies aiming to describe the nature of the universe in more detail.

Cities, though we sometimes forget, are made up of their sounds, too. Oftentimes, such noises can grow into auditory pollution. About 2,000 residents of the Big Apple have joined a project called  SONYC to record the sounds of the city. The project focuses on monitoring and mitigating the noise that turns into pollution. Participants are asked to identify and classify sounds, and so far, some 64,131 different sounds have been distinguished.

Life flourishes, often discreetly, even in the corners of the world least noticed. A project you can participate in from home or, rather, from your garden (for those who have one), is called  iNaturalist. The project consists simply in lifting a stone or inspecting a corner. To explore your garden or patio, you send photographs of the animals and plants living there. It’s a joint project between the National Geographic Society and the California Academy of Sciences. Images are reviewed by scientists and the resulting information is submitted to databases on natural life.