Exploration to Change Reality (or the Story of Frederick Catherwood)

A tireless traveler, a remarkable, passionate artist of Maya culture, Catherwood’s story has many lessons even for today. 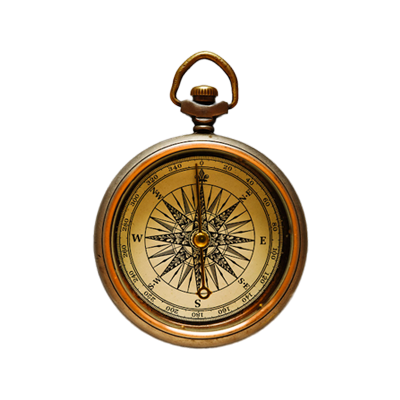 The distinction between indoor and outdoor travel isn’t always real (or even accurate). The geographical journeys of many travelers and explorers often involved trips of another kind and influenced reality in myriad ways. Such is the casewith Frederick Catherwood  (1799–1854). An English explorer, artist, and architect, his travels in southern Mexico and Central America resulted in the rediscovery of Maya culture and a tribute to its dazzling past. This was through a collection of beautifully detailed drawings of the ruined temples and cities he visited.

Catherwood devoted his life to traveling and portraying the vestiges of ancient cultures. In the early 19th century, before visiting the Maya territory, he’d traveled through the Mediterranean, portraying the ruins of ancient civilizations such as those of Egypt, Carthage, and Phoenicia. He toured archaeological areas in Greece, Turkey, and Palestine. In 1836, he met the writer, John Lloyd Stephens. Having read an account of a tour of the ruins of Copán, the two decided to travel to the Americas to visit the remains of the ancient Maya culture with their own eyes.

In 1839, Catherwood and Stephens arrived in Maya territory and toured some 44 archaeological sites. Some of these were first recorded by the two travelers. The vast majority had been forgotten, even among the inhabitants of nearby communities, and had been subsumed into the surrounding jungle. In the villages, the two men inquired about ancient cities or buildings of which they’d heard. Their records were of a dual nature: Stephens wrote and Catherwood illustrated using one of his favorite drawing instruments, the camera lucida.

After their first voyage, Catherwood and Stephens would visit Maya lands a second time. Two books resulted from their voyages and enjoyed great popularity and commercial success in their time. Incidents of Travel in Central America, Chiapas, and Yucatan (published in 1841, after the first voyage) and Incidents of Travel in Yucatan (published in 1843, the result of the second voyage). These two best sellers introduced the splendor of Maya culture, entirely forgotten, to the West.

In 1844, Catherwood (then a member of the Royal English Academy) published Views of Ancient Monuments in Central America, Chiapas, and Yucatan. This work included 25 spectacular color lithographs of Maya buildings—printed with stones, they were homages to the very stones once part of a splendid empire. Many of the artist’s original drawings were destroyed after a fire in a New York building where they were being exhibited. A few survived in museums and private collections.

Some argue to this day that Stephens and Catherwood were responsible for reminding the world (or at least, their own world) of the existence and importance of Maya culture. They revealed its ominous past and the beauty of sites that are today part of the heritage of all humankind. Among them are Palenque,  Uxmal,  Chichen Itza  and Tulum, and many others. Perhaps Frederick Catherwood’s name is not as famous as it should be. Little is known about his personal life, except that years after his travels to southern Mexico and Central America, he would head for California during the gold rush. He died at the age of 55 in the middle of the Atlantic on a ship named Arctic. His lessons are valuable even today: his infinite curiosity and passion for the unknown led him to celebrate one of the most important cultural treasures that Mexico has given the world: Maya culture and its history.

Thanks to the admirable work of explorers like Catherwood and those who came after him, Maya culture is now considered one of the most important and sophisticated cultures of the Americas—both for its enigmatic past and for its flourishing present. Today, several initiatives are dedicated to the conservation and celebration of the territory and its inhabitants. One of them is Baktun, an alliance between multiple organizations and individuals to preserve the heritage of today’s Maya communities, to encourage the transmission of knowledge between generations, and to protect the territory’s heritage.