Artist Nils Udo dedicated his career to works of Land Art. Culled from nature, they’re fleeting reminders that we’re part of nature, too. 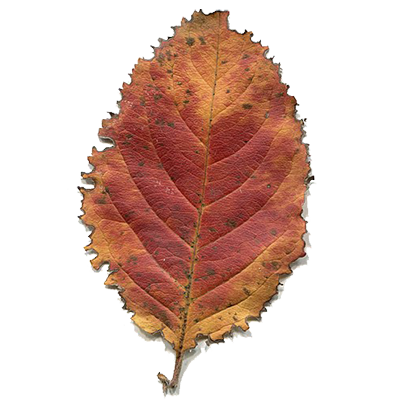 “The artist must train not only his eyes, but his soul,” the master of color, Russian painter Vasili Kandinski once asserted. Perhaps such metaphysical training might also involve a recognition of the world around us as something sacred, the very instruments of artistic expression. German artist, Nils Udo (1937) chose the natural world—rocks, logs, and the fleeting beauty of tree leaves—as the tools of his trade. From all of these he creates sculptures that dazzle in their fragility, and paradoxically, in their strength.

Active since the 1960s in what was then known as environmental or earth art—for some, his work might also be part of the Land Art Movement. In his early days, Udo had worked as a painter in Paris. But before long he returned to a rural part of his native Bavaria. At that time, his gaze returned to nature, and with it he brought works to life with an implicit a message, and one that’s now deeply timely: the natural world is a substantial part of human reality and sensitivity. Its fragility (our own) needs to be cared for and even revered.

Made from biodegradable materials quite capable of disappearing, Udo’s work has an ephemeral quality which is at the essence of his craft. He quite naturally took to photography—as a way of capturing and preserving realities made to disappear. Thus, the entirety of his work also speaks of the passage of time and its relationship with the living, of the fleeting, and that which makes the present something precious. He thus highlights the unrepeatable quality of each instant.

In an interview, Udo spoke of one of his work’s core qualities and of his message:

Nature is still complete and inexhaustible in her most remote refuges, her magic still real. At any time, meaning any season, in all weathers, in things great and small. Always. Potential Utopias are under every stone, on every leaf and behind every tree, in the clouds and in the wind. Pitting poetry against the inhuman river of time.

Udo’s work, sometimes found too in urban spaces, is a struggle to re-enchant, to approach the natural world again in its constant processes of creation and the regeneration so often overlooked in our day-to-day and anthropocentric realities. The artist doesn’t use nature as an inanimate object: he makes use of it materially, but also symbolically. He works with its temporal and cyclical qualities, its ability to degrade and rebuild, and it’s here where he differs from other artists of the Land Art movement.

Monumental temples of logs, enormous nests of branches, and small sculptures of rocks, flowers, and leaves; Udo’s works, large or small, carry in themselves an ideal that Romanticism exalted more than a century ago. Nature is the most sacred and purest source of inspiration for human art. A unique path to the sublime, it’s a reminder more that humankind doesn’t inhabit nature, but that humankind is nature incarnate.