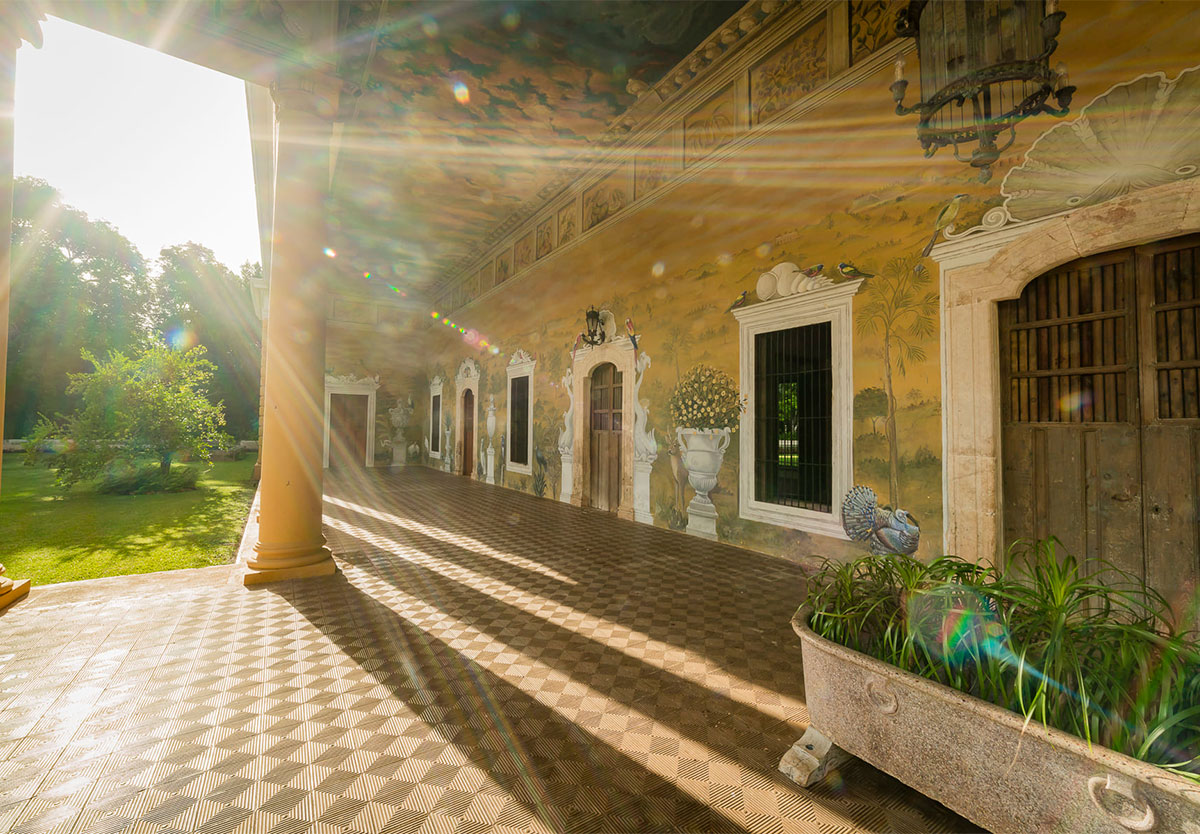 A brief history of the haciendas of southeastern Mexico

Replete with history, the haciendas of the Yucatan Peninsula are living witnesses to the passage of time. They’re architectural wonders and offer fertile land for the future of the Maya world.

Mexico’s haciendas have a circular history. They were born after the Spanish conquest and reached their peak in the 19th century. They then declined (many are now in ruins). Fortunately, recent decades have seen a good number of them rescued from extinction and even living something of a renaissance across the country. They’ve been transformed into hotels, cultural centers, private homes, and historic sites. Haciendas are architectural treasures, monuments to the past in stone, and today they often whisper stories of an era gone by.

The Yucatan Peninsula came to be the home of a huge number of haciendas from the 16th century on. The combination of riches in the territory – 3,000 years of Maya culture, lush jungles, cenotes, archaeological sites, and extraordinary cuisine – make them into very special places radiating beauty, culture, and nature.

Under a landownership model, the haciendas emerged as agricultural, economic, and commercial centers. They then grew into social and cultural centers, with their own housing areas, squares, chapels, wineries, and small shopping centers: “tiendas de raya.” Many of them coined their own currency, just for internal consumption. They grew into small towns the lives of which revolved around the productive activities unfolding within them.

Southeastern Mexico’s first haciendas raised cattle and corn. From the mid-19th century through the mid-20th century, the vast majority expanded into raising henequen. Many more were then built for just that purpose.

The haciendas of the Yucatan Peninsula have their own architecture. Developed mostly by Spanish and Italian architects, they drew upon architectural styles that included Moorish, Renaissance and Neoclassical influences. This resulted in a syncretism that united these European traditions with indigenous materials and styles, using Mayan architectural practices like that of the breadth of meeting spaces, an interconnectivity that favored coexistence, and multiple ways of adapting to natural spaces.

Henequen is a plant of the genus agave(ki, in the Mayan language). The industry produced great gains for almost a century because the resistant fibers were used in the manufacture of sacks, baskets, threads, ropes, and cords, among other products. At some point, the industry reached European and North American markets—and henequen was known as  “green gold.”

The henequen plant is the product of the domestication of a wild agave species,  Agave angustifolia, by the ancient Maya. The result was a plant grown on the farms, Agave fourcrydes. The fiber, in Mayan, is known as sooskil. Traditionally, the Maya defibrated the henequen by hand, using a pakché, an instrument of two pieces of wood used to scrape the plant. It’s a laborious physical task. Later the process was done with a machine powered by mules or oxen. Finally, steam and then diesel machines were used. After defibration, the fibers are left to dry and processed in another machine that joins the loose strands of the fibers to result in continuous cords.

At the beginning of the 20th century, more than 1,100 henequen haciendas were active across southeastern Mexico. Just five decades later the industry would see a dramatic collapse with the invention and commercialization of synthetic fibers like polypropylene. The haciendas receded into oblivion, and the impressive haciendas were abandoned to ruin.

As from 1990 many institutions, both private and public, started to restore old haciendas in the Yucatan Peninsula. Today, there are some 150 restored haciendas, allowing for the preservation of the heritage – both material and intangible – of the current Maya people and the beautiful land. Such projects have favored the protection, regeneration, and appreciation of local plants and wildlife, and stimulated further social and cultural projects.

Ochil, one of these restored haciendas, was converted in 1999 into a cultural center intended to inspire travelers and visitors to discover the current culture of the Maya: the art, cuisine, jungle, and philosophy – with a view toward implementing a regenerative and sustainable economy.