Magic, women, and art: together, the three words tell a mysterious, painful, and beautiful tale that accompanies us even to this day. 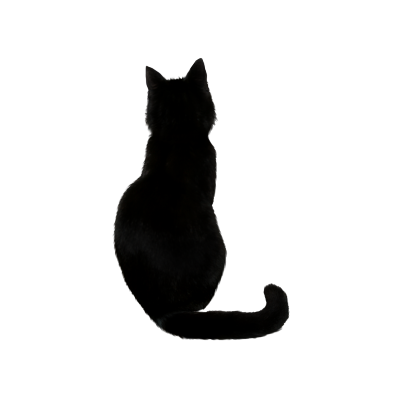 Few words have the ability, when combined, to tell such a part of humanity’s history–one which accompanies us even today. Magic, women, and art have been key concepts in the mythology of many cultures and, as such, they’re a pillar within their cosmology. Enheduanna, the poet, princess, and priestess of the ancient Sumerian city of Ur (today in Iraq), is considered the first female writer. Dedicating her time and verses to Innana, a goddess of love, beauty, sex, war, and justice, Enheduanna left behind an ancient expression of the sublime and powerful relationship of these three concepts: present not just in the physical realm, but in the fictional, too.

Fortunately, having survived the brutality of time, the epic poems of Homer can still be enjoyed today. Within the pages of the Odyssey, we meet Circe, a goddess and sorceress who dwells surrounded by tamed lions and docile wolves on the enchanted island of Aea. Her powers, closely related to those of the natural world and creative forces, allow her to transform men into pigs and back again, over, and over. Echoes of the past, tangible, and imaginary, they’ve found fertile ground to make themselves present on countless occasions.

Magic, women, and art is a triad that’s been transformed over time and interpreted from multiple perspectives. The archetype of the witch is one of its most emblematic manifestations. It’s thanks to that archetype that women have lived through one of their darkest periods. First references are found in Greek, Hebrew, and Roman texts. The Old Testament’s book Exodus 22:18, written around 560 BCE, states “Thou shalt not suffer a witch to live.” These types of instructions, as happened with much in the world, took on a life of their own, emboldening human wills susceptible to a fear nurtured by ignorance. Between the 16th and 17th centuries in Europe, sporadic persecutions against witches and sorcerers saw between 50,000 and 100,000 people put to death. Eighty percent of them were women.

The collective psychosis, led by characters like Matthew Hopkings, inadvertently opened the doors to material and symbolic resistance (that would reach its peak years later in movements like Surrealism and Feminism). This form of violence, found at multiple points in history, can’t be explained except through an annulment of the peripheries that represent a threat to the world societies have agreed-upon. As Pam Grossman says, the witch, “an archetypal energy of enchantment, mystery, and divine femininity,” has always been divergent. Not surprisingly, the term became a battleground and found its most energetic form of expression in art. The work of the 1970s collective Women’s International Terrorist Conspiracy of Hell’s Women (W.I.T.C.H.) illustrates the case perfectly. In the end, as Ray Bradbury said, “A Witch is born out of the true hungers of her time.”

From the magnetism provoked by this triad –magic, art, and women– we want to share some of the most exquisite representatives of the indomitable force, always defying the norm.

Possibly, the purest act of magic is the never-ending quest to know oneself. Few people understood and cultivated this idea in such a sophisticated way as did Frida Kahlo. We can see this in her portraits, undoubtedly, but also in all the objects she created. Her diary reveals her deepest explorations. During the final ten years of his life, she dedicated herself to filling notebooks with calligraphy, self-portraits, letters, numbers, automatic drawings, stains, and pre-Hispanic and oriental symbols. It was an unstoppable impulse toward making the unconscious conscious and to finding, each time, new elements to the narration of her existence.

The most mystical moments we can experience are inevitably linked to intimacy, when we surrender to the mysteries of the world, and to understanding that we’re also part of that creative force. In this way, Frida –in her life and work– provided a fundamental reminder. “Who is a witch today?” some might ask. “Anyone willing to look at herself as she is, and to enunciate herself in the world from that place,” she would answer.

To Leonora Carrington, magic was an ever-present aspect of daily life. She grew up among Celtic and fairy stories, and later, naturally found an interest in esoteric traditions. Afterwards, it took her a little time to realize that, as Alan Moor says, the words “art” and “magic” are completely interchangeable. Her version of the tarot is a good example of this. There’s no act more alchemical than that of creating one’s own deck. To be sure, doing tarot readings could represent an elaborate magical practice, but there is nothing like allowing oneself to be transmuted by the process of designing one –and one in which the images reveal themselves. Carrington painted her version of the 22 Major Arcana within the deck. The result: a truly enigmatic work that first appeared in an exhibition only in 2018 at the Mexico City Museum of Modern Art.

The body is the magical device par excellence. It’s the vehicle that permits a dialogue between the outer and inner worlds. Mastering this exchange is an experimental art to which Abramović has dedicated her life. It’s not for nothing that she’s called herself “the grandmother of performance.” Over the course of her career, we’ve seen her expose her body to the other, and use it as a mirror for social imprinting. That was the case with “Rhythm 0,” one of her most outstanding performances, where the audience was able to interact with 72 objects –ranging from perfume, and a rose, to scissors, and a loaded pistol. The final moments of the performance became incredibly messy and violent. But in more recent years –starting with her super famous piece “The Artist is Present,” Abramović showed something much more revealing: the body itself only fully manifests when it is present. Few things in the world are as indecipherable as the present; an instantaneous moment which nevertheless connects us to infinity. As Patsy Rodenburg might say, it’s the only space where we can experience a genuine, fair, and just connection with ourselves and everyone else. We can’t say for sure, but wouldn’t that be the greatest act of magic we could offer the world today?