The Melipona Bee and its Sacred Honey 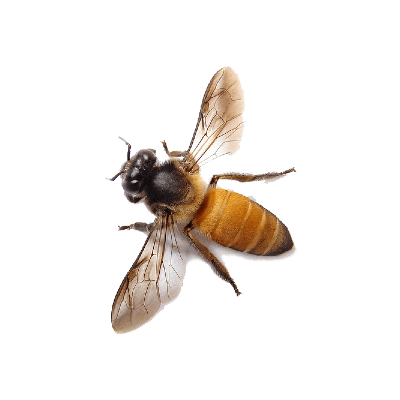 The planet is home to an estimated 950,000 insect species. Of that number, at least 20,000 species are bees. These are among the most important pollinators and they’re presently in serious danger. (Here’s a list of some of the things that can be done to save bees.) Some bee species are solitary and profoundly venomous. Others are organized in groups with marked social structures and who create spectacular hives which, like little cities, function with clear rules and specified roles. One stingless species is also one of the cultural symbols of the Maya world, the melipona bee (Melipona beecheii).

As pollinators, all species of bees are vital to ecosystems. Flying insects, they sustain life as we know it. The symbiotic relationship they maintain with plant species is a link that allows for the existence and growth of a good part of the edible vegetables consumed by human beings. The small (enormous) insects of the genus Hymenoptera are part of the perfect choreography of food and pollination, a masterpiece of nature.

As to their importance, one can truthfully state that a full third of humanity’s food depends on the pollinating work of bees and on their life cycles. According to one analysis, if bees were to disappear altogether, half of all plant species would die, and humanity itself could only survive for three or four years thereafter.

Membranous-winged insects, they belong to the Apidae family. It includes all individual species with a basket integrated into their legs for the transportation of pollen from flowers back to a hive. Of all the bees in existence, those belonging to the subfamily meliponini are stingless. They’re found in tropical areas from Mexico and Central America to southern Africa, Oceania, and Indonesia.

Because of their importance, it’s everyone’s responsibility to take care of the beekeeping universe, particularly if it’s threatened. This is the case with the melipona bees endemic to the Yucatan Peninsula. A species sacred to the Maya, for years it’s been in danger of extinction due to the consequences of climate change, the use of pesticides, a lack of knowledge about bees, and a lack of support for local beekeepers.

Native bees are part of Mexico’s biodiversity. Their life cycles have been understood and manipulated since time immemorial by Mesoamerican peoples. They’re part of the cultural, economic, and natural wealth of the country.

For the Maya people, the melipona is a sacred bee. Its origin precedes the birth of humankind and the beginning of time. The melipona bear a primordial energy that makes their wax and honey different from those of other bees. Knowledge of the bees and the specifics of the apiculture as well as general knowledge about the bees themselves has been carefully guarded and preserved over the centuries. The Maya created a sophisticated cultivation system (comparable to upbringing of their own children) that’s been passed down from generation to generation.

For the Maya, the honey of these native bees was a gift from the gods and every part of their natural processes was to be revered. The bees were so important that they were used to make tax payments and their honey was so special that when the Spanish arrived, they recognized it as a treasure.

Honey to Cure Any Malady

The Maya knew the melipona bee as Xunan’Kab. It could be translated as “lady bee.” Although the species produces little honey compared to other species –it may take eight months to a year to generate a few millimeters of honeycomb– the honey contains more protein than others and has a particular flavor, along with its medicinal properties.

According to traditional Maya medicine, these healing properties are numerous. Used to make healing concoctions, these can treat ailments like cataracts and other eye diseases, including infections. It’s also used as a digestive, cold remedy, and to heal wounds.

In recent decades, populations of insect inhabitants of southern Mexico have declined alarmingly. Their survival has depended on local initiatives and on volunteers interested in the conservation of melipona bees and the cultural treasure they represent.

An example of this is the Lol-Bé Meliponario, a cooperative of the Pool Coot family who also maintain a botanical garden of medicinal plants. La Vaca Independiente worked with this open-air botanical showcase. Built by local beekeepers, their ancestral knowledge helps to maintain territory for bees, plants, and trees of the area.

The idea behind the project is, among other things, to rescue ancient plants that had already been lost. Among these were the kaniste plant, a variation of the zapote no longer found living wild in the area. The bonete, an ancient Yucatán papaya, has also been rescued. La Vaca Independiente, through the Baktún Pueblo Maya, supports and celebrates the protection and dissemination of the Maya world and its territory, through the development of sustainable projects that allow people to regenerate, restore, and conserve the region’s wealth including that of the Lol-Bé Meliponario.