The Women of Surrealism 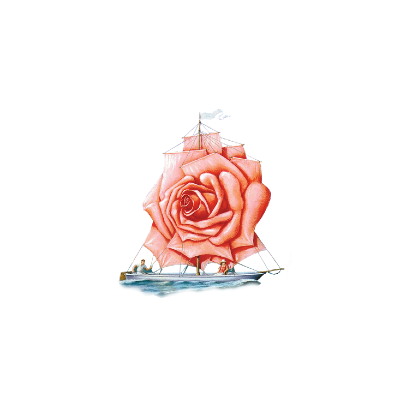 Something about surrealism makes it a movement impossible to overlook. Perhaps it’s that it works as a panoramic window into our innermost depths, the deepest part of our minds and emotional lives. Many male artists have championed Surrealism, but great female artists were part of the movement, too. And they don’t always get the place they deserve, the women of Surrealism.

The artistic movement was born as a reaction to the catastrophe of the First World War. Its father was a poet and follower of psychoanalysis named André Breton. After living through the devastating armed conflict, he concluded that rational thinking had led humankind to destruction. He felt it was time to rebel against traditional institutions and their modes of thought —to take refuge, perhaps, in the absurdity of Dadaism.

To overcome his lingering pain, Breton began to practice automatism, a writing technique that consists of choosing words at random and then using them to form sentences. Little by little, these exercises with the unconscious  led Breton to take notice of the hidden part of his own mind. It’s a recondite place of blocked memories, disconnected ideas, and desires that we’re unwilling or unable to admit.

One night, Breton dreamt of a man cut in half by a window frame. Upon awakening, he had an epiphany: he would create a movement that would give life to Freud’s theories through art. It would be a current that would reconcile the rational with the irrational, which would rescue the dream world, and transform the world through the unconscious.

In 1924, Breton got together with a number of artists who shared the samThe Women of Surrealisme concerns, and after the drafting of a manifesto, Surrealism was founded. It was a space for rebels, anarchists, and madmen who strove to celebrate irrationality.

Despite being an avant-garde movement, one capable of challenging the social order, in the beginning its members were almost exclusively male artists. They were men who saw women as muses or lovers, and never as colleagues.

“I would venture to guess that Anon, who wrote so many poems without signing them, was often a woman,” wrote Virginia Woolf. That little sentence cleverly and aptly describes the tiny space female artists have had throughout art history.

The traditional narrative holds that women have served more as an inspiration than as creators themselves. But this couldn’t be further from the truth. Proof of this is in the many female painters, sculptors, photographers, and writers who, since the 1930s, joined the Surrealist movement. They are artists who’ve left a mark in a male-dominated environment, at a time when equality was more of a Utopia than anything else. They were brave women who rejected social conventions and explored their own freedoms. They were creators who exercised personal and artistic autonomy, and sometimes didn’t receive the recognition they deserved.

For all the reasons listed above, it’s worth recovering the memory and work of some of them. We’ve chosen five little-known Surrealists whose work definitely changed the way we see the world.

Tanning  is one of the central figures of Surrealism. In her work, one ventures into a universe of dreamlike explorations and unreal spaces. These are almost always divided by doors separating that which no one sees from that which everyone sees. Every work by Dorothea Tanning is replete with a dark symbolism that seeks to challenge our rationality.

Marr is a legend who was at some point famous for her stormy relationship with Pablo Picasso. But she was a prolific photographer and painter who, from the early years of Surrealism, made clear her own particular look and sensitivity. Her works include portraits of characters excluded from society and who seem to carry their failures on their backs. One of her most famous works is a series of postcards about the creation of the mythical painting Guernica.

A British artist born in Argentina. Agar was one of the few women who participated in the legendary International Surrealist Exhibition of 1936. Her work bears a rare magic in transforming the ordinary into the extraordinary. Her unique style can be seen throughout the work —from sculptures and collages, to photography. Each of her works displays an eclectic style that brings together the traditional with the avant-garde, abstraction with engineering, and order with chaos.

Mexico was home to three great surrealists —Frida Kahlo, Leonora Carrington, and Remedios Varo— but the magnificent work of this one should not be forgotten. In 1930, Izquierdo was one of the first to exhibit her work outside of Mexico. This gave her great international recognition. Among her influences were Antonin Artaud and the great Rufino Tamayo. In her works, there’s always a tribute to the aesthetics and folklore of Mexico, as well as a social criticism questioning the role of women.

A French writer, critic, and photographer, through her work, Cahun explored her own identity and unconscious. She was a true subversive who, in addition to questioning and challenging traditional male-female archetypes, critically confronted the Nazi regime. She worked under an androgynous name and once said, “Underneath this mask, there’s another mask,” referring to the many layers making up the inner life of each individual.