Uayeb, Timeless Days of the Maya

All our lives are marked by one fascinating and indefinable variable: time. Although in the 21st century, many of us understand its physical dimension in a similar way, there have been cultures who’ve maintained that one of the great problems of our species is that we’re not synchronized with the Earth’s organic, original time. It’s […] 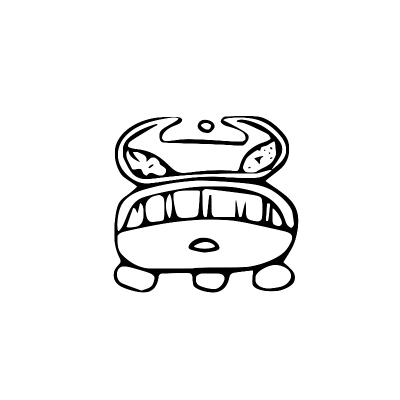 All our lives are marked by one fascinating and indefinable variable: time. Although in the 21st century, many of us understand its physical dimension in a similar way, there have been cultures who’ve maintained that one of the great problems of our species is that we’re not synchronized with the Earth’s organic, original time. It’s a statement that invites a rethinking of our experience of time.

Among the multiple representatives of this temporal narrative were the Maya. An ancient people, they learned to spend their days, their hours, in perfect harmony with nature. Their culture created an entire cosmogony based on meticulous observations of the sky and, in their calendar, they included a month in which time stands still.

It’s necessary, once more, to turn our attention to ancient Maya wisdom, not just to understand our own history, but to understand where we’re headed.

To say that the Maya practiced interdisciplinary thinking would be an understatement. They navigated numerous disciplines, among them architecture, art, herbalism, and aesthetics. Of course, with mathematics and astronomy, they created some of the most accurate of calendars humanity has ever seen.

As revealed in multiple studies, the Maya had a special inclination toward understanding how the cycles of time worked. It was a subject in which they were deeply fascinated. It’s estimated that the Maya used at least 20 different calendars. Some were for festivities, others for understanding the moon, and still others for measuring unmeasurable things, like eternity.

In spite of all the variety in Maya calendars, according to specialists, the two most common were the Tzolkin, used to count the days, and the Haab, a complicated system which allowed them to divide time into years, among other things.

The Haab calendar is the measurement system most like the Gregorian Calendar we use today. It’s based on solar observations and is believed to have been first used during a winter solstice around 550 BCE. It resulted from many years of observations and refinements and was used to determine the cycles of nature, agricultural cycles, and the universe’s energetic influences.

The Haab consists of 365 days. But unlike the calendar we inherited from the Europeans, it’s divided into 18 periods of 20 days, plus five days known as Uayeb. For the Maya, this quintet of days existed outside of time.

The Uayeb essentially gathers five dead days which were used to understand the movements of nature and to reflect upon the paths walked over the course of the year.

The period occurs in our own calendar from July 21 to 26. Despite the fact that these days share the calendar with 18 other periods lasting 20 days each, the Uayeb had a bad reputation among the Maya people. According to writings found during the colonial period, these days were considered black periods in which the universe had released dark forces and therefore they didn’t share in the blessings of time.

In the Songs of Dzitbalche, a codex found in 1942, a series of allusions to the Uayeb were discovered. These expressed the discomfort the days caused the Maya people:

The days of weeping, the days of evil/ The devil is loose, hell is open/ There is no goodness, only evil… the month of nameless days has come/ Days of pain, days of evil, the black days.

Several theories describe how the Maya passed through such dark times. Some specialists maintain that during these periods they stayed in their homes and washed their hair. Others claim they undertook great processions in thanks for what they’d experienced during the year. One thing that’s certain is that the word Uayeb could be translated as “bewitched staircase.”

But beyond its dark connotations, the Uayeb expresses a particular relationship with time in which, every year, there is a space to reflect on the natural world and to try to understand it. It’s a pause in time dedicated to reflection and recollection, a lesson to be learned from even today.

La Vaca Independiente celebrates the Maya —a living and vibrant culture— and works for the restoration and conservation of their heritage, tangible and intangible, their cultural and economic regeneration, and for the development of sustainable projects and a regenerative economy in their territory, through the Baktún Initiative.