On the spirit, history, and beauty of herbaria. 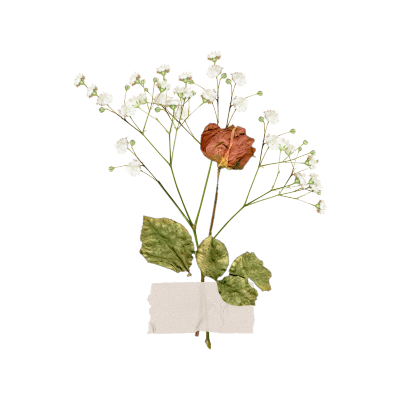 Since time immemorial, herbariums have embodied the rarest and most delicate connection between science and art. Books of dried plants, they’ve been a way of immortalizing one of the most essential (and necessary) of human activities: that of exploring nature, interpreting it, and making it our own (or rather, making ourselves a part of nature). In natural science, such documents were born in the Middle Ages. They consist, in essence, of collections of dehydrated flora gathered for research. Specimens are analyzed and decoded. They acquire a scientific name, and then a detailed description to highlight their specific characteristics.

Such compilations of plants have served many purposes. They’ve been used to create medicines, and to record and study the types of life found in one ecosystem or another. They’ve also inspired our creativity and sense of aesthetics. It could be said that herbaria are proof that we’re indebted to the landscape and our interactions with it.

Herbaria are also the materialization of one of the obsessions of human beings: collecting. They imply a desire to know, to apprehend, and to organize the world, or at least our experience of it as we pass through.

The History of Dried Plants

Some experts believe that humankind began storing and preserving plants as soon as their nutritional value was understood. That is, since people have been on the planet. In ancient times, the species understood that the plant world has to be preserved for the species to survive.

But the history of herbariums is linked to the birth of the botanical gardens which not only precede herbaria, but also give them a reason for being. It’s thanks to these spaces that naturalists have been able to understand, gather, and experience living flora.

The first collections of dried plants were known as hortuss siccus, which might be translated as “dried gardens.” The first herbariums came about nearly simultaneously across the world, specifically in Mesopotamia and China, and from these regions they reached Europe and, of course, the Americas.

For their part, the first known herbaria date back to the Middle Ages. These included rather imprecise illustrations of the plants which coincided, more or less, with their descriptions. Later, science brought paper and dissecting technology and, thus, herbariums as we know them today came to be.

How Does a Plant End Up in an Herbarium?

For centuries, botany relied on the observation and conservation of plants for field research. Today, scientists make trips in search of unique, rare, or endangered plants. These are then stored, dehydrated and, in most cases, taken to laboratories and botanical gardens.

Before being archived, dehydrated plants are stored in huge, air-conditioned rooms with temperatures ranging from 10 to 12 degrees Celsius. These rooms are full of unclassified flora. Some specimens will receive their descriptions in 15 days and others may take up to 50 years. It all depends on whether the specimen’s family has been previously researched or not. To be part of an herbarium, specimens need to be in good condition, i.e., not mistreated or broken. Then, a group of specialists will attach each (with glue or needle and thread) to a particular sheet of paper.

Once the relevant information is collected, the document becomes part of the herbarium, a kind of library with iron shelves and sealed doors in which, instead of books, there are flowers and plants arranged, not alphabetically, but according to their families.

But human history has seen in herbariums not just scientific records (never lacking in their beauty), but also herbariums that are works of art. Put more simply, they’re the sources of aesthetic pleasure for their owners. Below are but three remarkable herbariums worth mentioning.

This collection belongs to the National Autonomous University of Mexico. It’s the biggest in Latin America. It was created in 1888 and contain 1.3 million specimens. These are divided into seeds, fungi, lichens, and woods. In this great herbarium, you’ll find specimens found during the Royal Botanical Expedition to New Spain, for example. It was the first great compendium of Mexican plants made after the arrival of the Spanish.

This New York City herbarium is the fourth largest in the world. The collection includes more than 7.3 million species including not only those endemic to the United States, but also many from precise historical moments —such as a type of moss collected by Charles Darwin during his famous voyage on the Beagle. The collection also preserves a series of branches collected during an expedition by James Cook in 1768.

The New York herbarium has placed many of its archives online so that anyone can consult them from anywhere in the world.

A work of art and a delicate collection of mounted plants, this herbarium was compiled by the American poet when she was only 14 years old. A remarkable document dating from 1845, there are at least 424 types of wildflowers collected from the fields of Massachusetts. The volume shows not only the writer’s deep connection with nature, but her extensive knowledge of botany, too. Many of the species contained in the herbarium have been used for subsequent scientific research.

Needless to say, Emily Dickinson’s herbarium is unique, not only for the flora that runs through it, but also for her own handwritten descriptions of the flowers.