A personal diary is an art form and a mirror. It’s an exercise that brings us closer to our own spirits and to those of others. These are six intimate notebooks from six great artists. 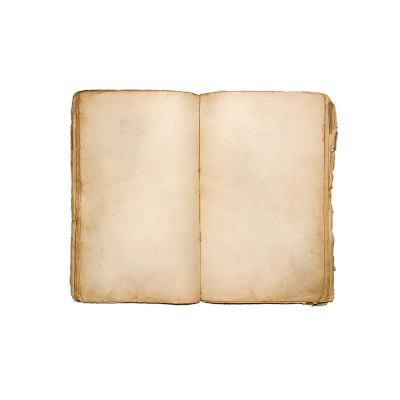 I never travel without my diary. One should always have something sensational to read on the train.

A personal diary could be a work of art, (and a mirror, and a garden). Like a painting, a song, or a poem, it can show its author’s interiority, singularity, and it can reflect its aesthetic values. Inarguably, then, the diary is a genre of literature. This has been the case with the personal notebooks of numerous figures whose needs have led them to write down feelings, sensations, discoveries, and meditations on a regular basis. These are then captured within a single volume, one of the most intimate objects that a person could hold and create.

The act of keeping a diary is, above all, an act of freedom and of self-knowledge. It’s the cultivation of a mirror from which one can gather glimpses of oneself, a record made exclusively for that, to be the palpable witness to one’s own existence—a discreet journey the final destiny of which is knowledge of oneself (including all of the implications therein). As Carl Jung once put it: “Who looks outside, dreams; who looks inside, awakes.”

The custom of keeping a diary is incredibly old. The diary of the Roman emperor, Marcus Aurelius, for instance, remains one of the oldest extant examples. Over the centuries, and down to this day, this cathartic exercise has been especially frequent in the world of art and creation. That’s because it’s not only a form of self-knowledge, but one which holds out the opportunity to record artistic processes. Whenever an artist keeps a diary, a momentous event takes place, and this is worth paying attention to.

Because any diary is composed of freedom (it’s a private space like few others), there are no rules for its existence: it may be composed in glosses, poems, isolated words, lists, drawings, collages, or even doodles.

Below is a short selection of the diaries of artists and other visionaries. Such records allow us to know more of these, some of the most fascinating minds in history. In the process, they invite us to enjoy more of their human sides, too.

The multifaceted artist, inventor, and thinker of the Italian Renaissance also wrote notebooks. Today, these are known as the Codex Arundel. As immeasurable as his creativity, the log brings together  more than 7,000 pages, and contains notes, diagrams, illustrations, and miscellaneous annotations, such as shopping lists, and an inventory of his clothing. (Thanks to this, it can be inferred that Da Vinci held pink stockings in some regard).

The thematic range of the collection of ideas combines disciplines like geometry, mechanics, river flows, art, astronomy, and architecture. These are expressed not only in words, but in drawings and remarkable diagrams. The work highlights his peculiar form of notation: mirror writing, an encrypted form of annotation that must be read from right to left.

As with most diaries, the Codex Arundel was never intended to be published. Through an incredible effort, the British Library digitized and restored each of the pages and made them available to anyone. (You can enjoy them here.)

Plath lived much of her life in the eye of the constant storm of her inevitable self-destructive impulses, latent in her even from an early age. For Plath, writing poetry wasn’t merely a creative activity. It was a way of purifying the soul, a spiritual exercise focused on building a new self.

Plath began writing personal journals at the age of 11. A confessional poet, writing a diary was a preamble to her poetic work and, at the same time, an extension of it. All of this becomes palpable in knowing both universes: each of the poet’s annotations in her personal notebook can be read as a sketch of what will later become poetry. And each poetic work functions as an intimate note.

Direct and sensitive, melancholic and suicidal, the author gives of herself and disgorges in both literary behaviors, as if they were the complex limbs of a single body of work. It’s one in which she constantly speaks to herself, to her multiple demons, and to the gravity of her sorrow.

Through her diaries we recognize a poet trying (to the extent possible) to exorcise the agonizing voices that would, eventually, fatally dominate her. The author captures and directs pain—through climate, female sexuality, sleeplessness, and lack of love—with a sweet and intense beauty that transforms into tragedy. Sylvia Plath’s diaries provide a majestic example of the delicacy and fragility of the human mind, and flashes of its eternal subjectivity.

A first entry in the diary was written when the writer was 14, in 1897; the last when she was 59, four days before her suicide, in March 1941. Woolf’s diary consists of 38 hand-written volumes that compile what exalted her imagination—in her brightest and most childish facets, and at her darkest, in her final days—with a huge number of descriptions of herself (proof of her enormous curiosity).

Anyone who’s read Woolf’s novels and essays knows, to a greater or lesser extent, the grandeur of her intelligence and her seemingly implausible ability to put that into words. Her diary is perhaps a subtle map of all of this—of her family’s history, her travels, the deaths she survived, and her own very particular relationship with the death that made her what she was—one of the most important, sensitive, and courageous artists in English literature.

Woolf’s diary is valuable in that it traces through words (beautiful, even before she called herself an artist) the decades-long path she took to become a writer. That path, her experiences, and her sensibility made her into what we know of her and her biography even today.

Thoreau (1817–1862) is one of American literature’s most notable geniuses. A particular intelligence and an overflowing sensibility, he also had a remarkable passion for the natural world. He was one of many writers who, at some point in their lives, felt the need to write a diary (several diaries, in fact) and these recorded his life from 1837 to 1861.

Composed of some 2 million words, Thoreau’s diaries include remarkable reflections. In these we find what the writer considered the true meaning of success, the unexpected gifts that old age brings with it, and the meaning of life. All of this is within a document that’s also an essential record of his philosophy, and an important message, even today.

In his intimate journals, Thoreau argued that the poet’s real task is to write an extensive journal, through all his poems. And what is writing, even fiction, but an artificial expression of a writer’s life? And what is a journal, but its most honest expression?

Thoreau’s diaries also bear an unexpected mix of poetic feeling and scientific rigor—the expression of a hermit and an ethical character who lived two years, two months, and two days in a forest, beside a pond (Walden Pond), in a hut he’d built with his own two hands.

Susan Sontag began writing diaries at age 14. Anyone who’s read these intimate reflections would guess that a career as a lyricist would come next. The teenager would then write serious religious statements and questions, and meditations of an ethical and political nature. Throughout her life, she continued the habit of reflecting with words upon her intimate and personal universe.

The short, illuminating notes Sontag wrote for herself allow us to learn more about her spirit. These notes include pending tasks, like reminders to write to her mother three times a week, teaching her child to read, writing at least two hours a day, and remembering not to complain about money in public—intimate and structural reminders that let us see the human, fragile, imperfect side of this important writer and thinker.

Introspective, emotional, and radical, the words pointed out in Sontag’s diaries bring us closer to a woman as fascinating as she was talented. Her diaries work not only as a complement to her literary oeuvre, but as independent works, essential parts of her creation.

During the last ten years of her life (1944-1954), the Mexico City-born artist wrote a diary that’s simultaneously a poem, a sketchbook, a work of calligraphy, a collage, and one of the most accurate descriptions of all that Frida was. It includes her illuminating, complex inner world, and the strength of her feelings, in a volume which remains a work of art from beginning to end.

Wracked by the pain of multiple injuries, the artist’s courageous, ever-cheerful spirit captures in a notebook her true essence, or essences—for Kahlo was one and many.

In 1995,  The Diary of Frida Kahlo, an intimate self-portrait  was edited and publihed as a color facsimile by La Vaca Independiente. The volume included an introduction by the writer, Carlos Fuentes. Years later, in 2017, the publishing house republished the diary under the title The Diary of Frida Kahlo; A new look. This time, the facsimile included texts by Eduardo Casar and Karen Cordero Reiman. This second edition was accompanied by The Intimate Notebook inspired by Frida Kahlo, written by Claudia Madrazo. It’s an invitation to reflection, creativity, and personal renewal through a series of exercises that also provide a space for meeting with oneself.

You can purchase the two versions of Frida Kahlo’s Diary, edited by La Vaca Independiente, in print and digital versions, by following this link.