A tour of surreal Xilitla (at the hand of Tilda Swinton) 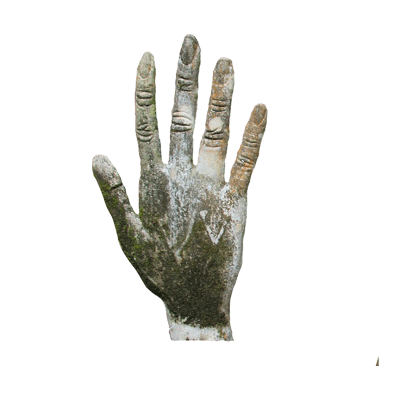 “The most admirable thing about the fantastic is that the fantastic doesn’t exist, everything is real,” André Breton once remarked. A fanciful and, at the same time, palpable quality, a spirit full of mystery, is essential to the surrealism which, beyond the invaluable paintings, sculptures, and written works, resulted in an ominous garden in a Mexican jungle.

A few years ago, that very plant kingdom was the setting for a W Magazine photoshoot, as interesting in aesthetic as it is conceptual terms. During the session, two eccentric, captivating elements were brought together: Edward James’s surreal garden at Xilitla, in San Luis Potosí province, and a character who has for years shone for her rarity, intelligence, and talent; the Scottish actress, Tilda Swinton.

Although the images might lead one to believe the opposite, the sculpture garden is real. Called Las Pozas, it’s in the upper stretches of the Huasteca region in Central Mexico. The space includes spiral staircases leading to nowhere (or to the sky), molded platforms which float in the air or which form slopes seeming to move between Gothic door frames. There are columns with giant flowers, pools of crystal-clear water, and plant life so lush as to seem at times, quite overwhelming. Bedecked in a rhythmic drama, all these elements are so organically integrated a to form a space unique in the world, an architectural-vegetal poem of pigmented concrete.

The curiosity that blooms at the possibility of such a surreal garden is quite natural. Who could conceive of this mind-blowing Eden? The responsible was a writer, sculptor, and patron of surrealism, the British poet, Edward James (1907–1984).

Heir to a fortune, he arrived in Mexico in the 1940s in search of land on which to live and plant orchids—one of his great obsessions. That’s when he got to Xilitla. He immediately marveled at the paradise of a place and purchased a property of 37-hectares. Two decades later, a frost ended his floriculture project and that’s when James began his sculpture garden. This beauty took nearly 20 years to be achieved. It’s undoubtedly the peak of the career of this multifaceted and little-known artist, a friend and aesthetic colleague to Salvador Dalí, Luis Buñuel, René Magritte, Leonora Carrington and Remedios Varo, among others.

Several decades later, with the creation of the Xilitla Fund, administered by the Pedro and Elena Hernandez Foundation, the estate took on a new verve to continue radiating its particular spell. In 2013, W Magazine proposed a photo shoot to bring together the strange presence of the actress, Tilda Swinton, with Sir Edward James’s eccentric garden, and the renowned British photographer Tim Walker. The result was a collection of 19 spectacular images. These pay a tribute to surrealism in every frame—and to surrealism’s infinite interest in capturing the human subconscious.

Riddled with symbols and archetypes, the images begin with two that are more than obvious: a woman and a garden. A first, materializing the singular beauty of Swinton (impeccably costumed), makes reference to the characters in the paintings of Remedios Varo and Leonora Carrington. A second, bridging a fragrant timelessness, transports us to biblical passages, or to the realms of fantasy. The collection is an aesthetic but also a symbolic success. It combines the work of one creator whose material was nature, with an artist whose unique corporeity invites us to witness worlds which never existed (or which, to the contrary, actually do).